The November issue of IAAPA’s FUNWORLD Magazine has a feature discussing the theme park and attractions industry in Australia and that includes an interview with me regarding Odyssey Parks & Resort’s Worlds of Wonder theme park destination resort for Sydney. The attached has the feature and the magazine is available online at IAAPA’s website, www.IAAPA.org, and will be distributed to attendees at this month’s IAAPA Attractions Expo in Orlando.

Go to the entire news item by clicking here…

Songcheng and Sanad’s resorts aren’t even the largest announced foreign investments in the sector. That honor belongs to Odyssey Parks

and Resorts, which has billion-dollar plans to resurrect a Sydney amusement park called Wonderland Sydney that closed in 2004. Odyssey Parks CEO Ammar Khan—a self-made millionaire and property developer—used to work at Wonderland Sydney as a ride operator.

Khan’s initial plan to replace Wonderland Sydney has blossomed into a proposal to build “the largest theme park resort in the Southern Hemisphere.” Master plans for Worlds of Wonder call for two theme parks (one, fantasy; the other, adventure), two resort hotels (both with year-round water park facilities), and an entertainment and shopping district.

Odyssey Parks doesn’t want to create an “off-the-shelf”’ theme park, Bakas explains, but rather a world-class destination with Oz-type resorts and immersive attractions. After calculating the infrastructure costs to accomplish something like this, they realized a single park would not cut it.

Like its predecessor, Worlds of Wonder will be built in western Sydney. The area is changing rapidly, though, thanks to the construction of

the city’s second airport. While the themed resort is still in its early stages with government approvals and financing pending, Bakas expects it to open by 2022.

Qualifying timelines with a note about permits is a common refrain from Australian attractions developers. As one company wrote Funworld: “Progress is always subject to the government’s approval of planning, construction coordination, etc.”

Could Jazzland Theme Park return to the N.O. East site?

Now that the Industrial Development Board which owns the property Six Flags once operated on, they’ve turned over the decision making process of what happens next over to the mayor’s office.  Now some proposals are on the table.

Tonya Pope President of TPC-NOLA said they’ve put in a bid, and they’d like to bring back Jazzland Theme Park. “Our proposal would be to redevelop and reopen the park itself as Jazzland Theme Park,” Pope said.  “The acreage just next to the park, we would add Baritone Beach Waterpark.”

“We’d also add a Sportman’s Paradise Resorts Hotel which would be working with Eastover Golf Course so that golf could be an added amenity,” Pope noted.  “And we’d also be building a mixed-use retail, dining, and entertainment venue.”

She says it would be amped up with more entertainment. “Or a scaled-down Downtown Disney type,” said Pope. And what about the critics who say another theme park won’t work? “The previous operations were always profitable,” said Pope.  “I know urban legends says otherwise but you can look at Six Flags reports and see that they had profits of higher than 50 percent one year.  I mean that’s a pretty good profit level for something that supposedly failed.”

Pope says a couple of other offers have also been submitted from others, and those proposals also involve building a theme park.

On tuesday may 9, the board voted to turn the decision for the property development over to the mayor’s office. All offers were “rejected” as a formality to give decision making power to the mayor. The process continues.

The city wants “more than just a theme park”, which is what our Jazzland proposal offers. The former Six Flags property has been marketed for 7 years now. It would cost $8+ million just to tear down the property for something else, meaning that Jazzland is simply the best option on the table. We don’t see this administration passing the decision over to the next mayor.

Several local groups and communities plan to make the park a campaign issue,  because the city of New Orleans desperately needs the entertainment area. New Orleans set a new record for visitor spending year after year. Visitation to the city continues to climb, with over 10 million visitors in 2016 who spent more than $7 billion. 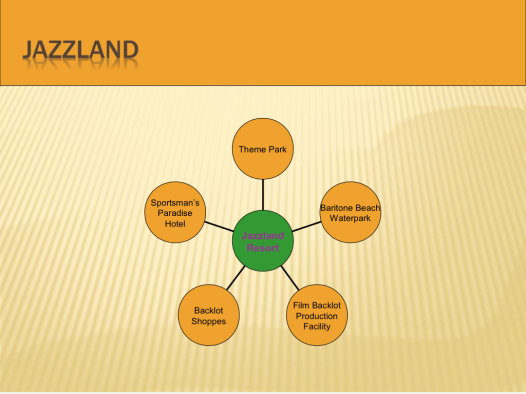 The economic development board that owns the former Six Flags park in New Orleans East will consider an offer to buy the 224-acre site for $3.26 million from a developer with aspirations of bringing back a Jazzland amusement park, the board’s president said Wednesday (Dec. 14).

The offer matches a recent appraisal of the overgrown property, which has been owned by the New Orleans Industrial Development Board since 2009. The board took title to the property from the city at the request of then-Mayor Ray Nagin’s administration.

But after a failed deal to develop an outlet mall on the property in 2013 — and underwhelming interest from developers — the board recently has pushed to offload the park. The Industrial Development Board’s primary focus is deciding on property tax breaks and other incentives for commercial and mixed-use projects.

Board President Alan Philipson said a verbal offer from Tonya Pope of proposed Jazzland developer TPC-NOLA Inc. was made Tuesday and will be considered at the board’s next meeting in January, as long as a written agreement is submitted.

Mayor Mitch Landrieu’s administration has given input on what to do with the park. But the city doesn’t have a vote on whether to sell, Philipson said.

What’s next for Six Flags park in New Orleans East?

The New Orleans Industrial Development Board will debate the next steps for the 150-acre piece of property with decaying roller coasters and wildlife.

“The authority to sell it would remain with us as owners of the property,” Philipson said. “We’re not out to disrupt anything with the city. We’re only going to do with it what’s right. We certainly wouldn’t accept an offer that was below the appraised value.”

In 2014, Pope and her team in 2014 pitched a multi-phase plan for an amusement park, a “Baritone Beach” water park, movie production facilities and retail. But the Industrial Development Board agreed that the project lacked enough financing to move forward with a lease deal.

“Without equity, we are not going to sign off on a deal here just hoping for something to come,” Philipson said this week.

On Wednesday, Pope said the plans are essentially the same, although the first phase of construction wouldn’t be the amusement park — it would instead be the beginning of a $120 million mixed-use development with retail, dining and other tenants. The development will unfold over several years as tenants sign on, she said.

The original idea was to have the amusement park restored in time for the city’s tricentennial celebration in two years, but now there’s not enough time. “So, we’re concentrating on those other elements we could have open for 2018,” Pope said.

Neighbors complain of uncut grass and standing water as the site’s future is weighed.

Two roller coasters on site have been inspected and can be repaired and put back into use, she said. Other remaining rides will be removed and new equipment will be installed on the existing ride foundations.

Pope said it appears the board is ready to sell. “I know there’s been a lot of skepticism over the years that anything would ever be done with the property,” she said. “I believe they are sincere that they do want to sell the property, and they do want to move forward so it can be returned to commerce.”

The Six Flags park — which previously operated under the name Jazzland — was abandoned after Hurricane Katrina and eventually landed in the city’s ownership.

The Nagin administration asked the Industrial Development Board to take ownership of the property in 2009 with the agreement that the city would be responsible for maintaining the property, according to the board. The property was transferred officially, but Nagin never signed the agreement.

Despite pleas from the board, the Landrieu administration has refused to recognize the agreement and take over the property. The board has said grass-cutting, security patrols and handling calls from complaining neighbors have cost time and money.

The Landrieu administration did not immediately respond to a request for comment on the potential sale.

Philipson said at the board’s meeting Tuesday, city officials asked the board to end the current request-for-proposals for the property, but there was no support from the board for such a move.

The City of New Orleans finally got its long-awaited appraisal for the abandoned Six Flags New Orleans theme park site- and it is low. The 220-acre theme park site itself is only worth $3 million according to the McEvery Co.’s appraisal while an undeveloped adjacent 65-acre tract is only valued at $260,000. The rides on the theme park site are considered worthless. These values mirror the amounts in a bid to develop Jazzland on the site, which was devastated almost eleven years ago during Hurricane Katrina. The City ordered a new title search as well as an environmental phase one study before proceeding with deciding on the fate of the abandoned theme park site. The re-imagining of this property as Jazzland theme park is an Odyssey Parks & Resorts project and we proudly support Tonya Pope in her efforts.

Read the news article via this link

Cutting-edge rides, giant water slides and a resort hotel: Plans reveal how Sydney’s Wonderland will be resurrected into the largest theme park in the Southern Hemisphere

Our Worlds of Wonder theme park destination resort in Sydney received mainstream media attention in Australia, and while the press did leave out most of the substance of the actual interview, it is a positive piece.  The main topic was intended to be about how technological advancements in the themed entertainment industry make Worlds of Wonder’s two theme parks, Sydney’s Wonderlands and Sydney’s Wilderlands, way more advanced than their long-departed predecessor, Wonderland.  The link to the feature in the Daily Telegraph can be found at:

Jazzland’s plan to re-imagine the ruins of the former Six Flags New Orleans theme park into a new theme park destination resort is “paying it forward” by rescuing the contents of another former visitor attraction in New Orleans.

The French Quarter’s Musee Conti closed earlier in 2016- but while the venerable wax museum itself may be gone, the wax figures and their set scenes have been rescued by TPC NOLA.  These will be re-purposed as part of new attractions for Jazzland.  An article regarding this acquisition can be found at: